This is an original, collaborative idea made for a personal project.

In one fleeting chance to save the destructive humanity, scientist and astronaut Roger Harris flies a fertility ship containing human DNA into the heart of space. His goal is to find a world that can sustain human life that will help jumpstart the human species again; this time without the destructive qualities. The following concept sketches help tell the story of Roger’s journey, his arrival to a new world full of mystical creatures, and how his mistakes can have dire consequences.

The Elven King is a kind, well respected leader among his people. He acts as a mediator and tries to find the solutions that benefit everyone. 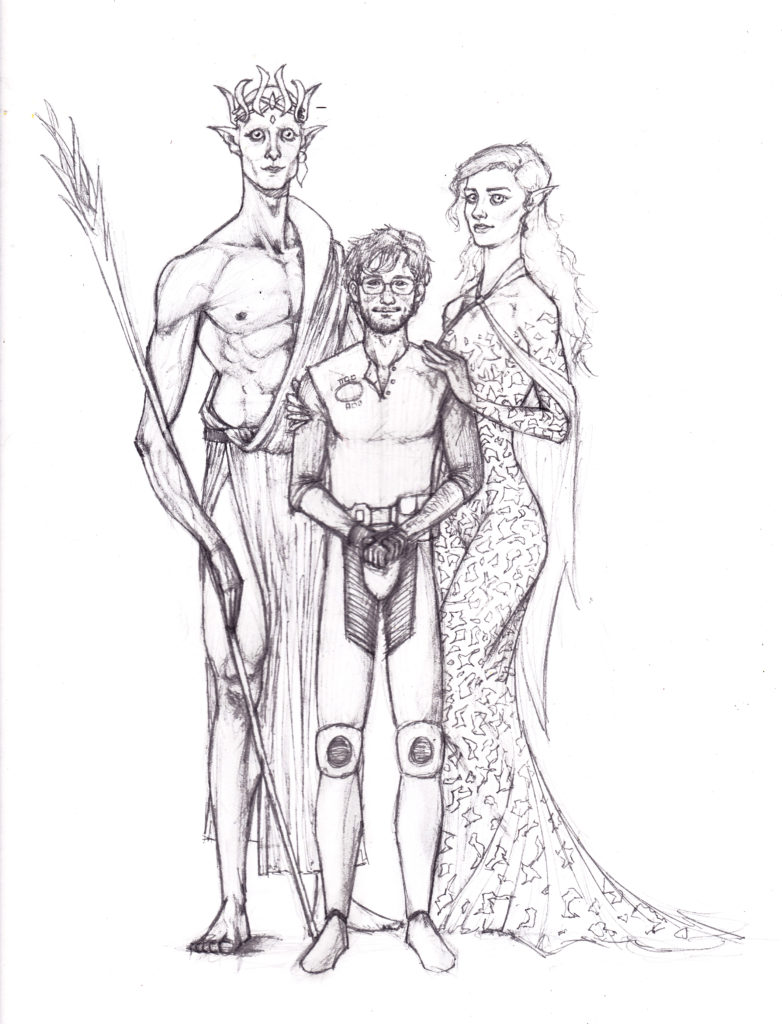 When Roger arrives, he is greeted by the King and Queen with open arms. Roger tells them about humanities great feats, but decides to leave out their many flaws. The King graciously allows Roger to continue his species on the new world. 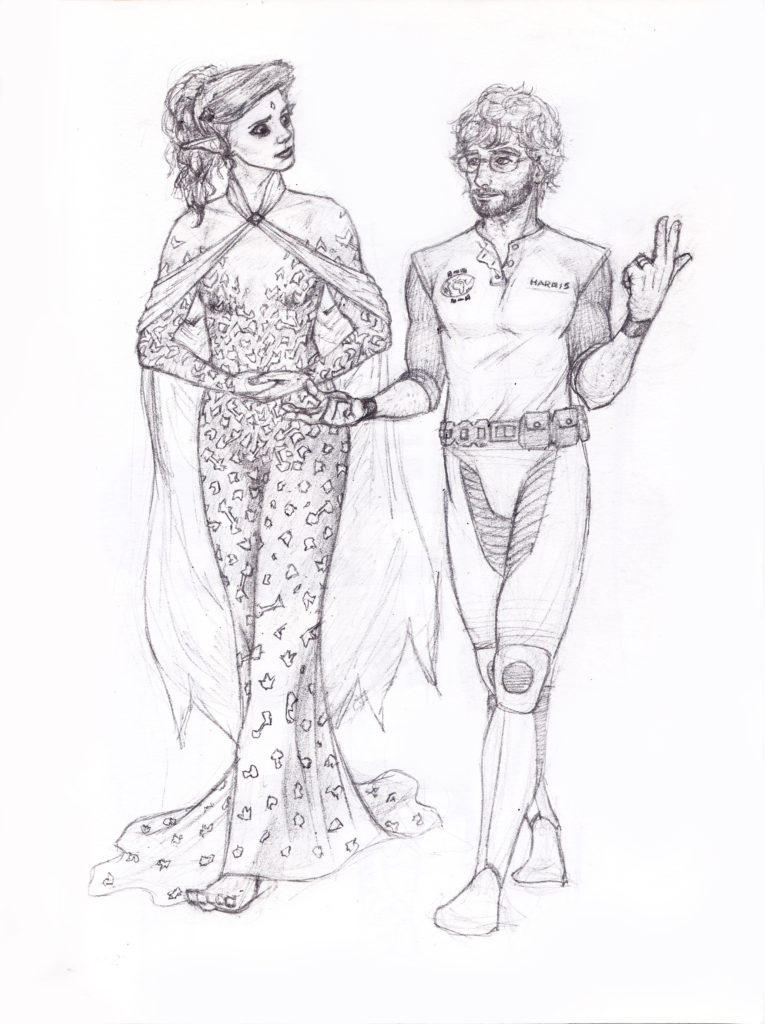 Since the Elves live in a mystical world, Adasser took interest in Roger’s scientific background. The two spent a lot of time together. (Earlier concept where the elves weren’t as tall) 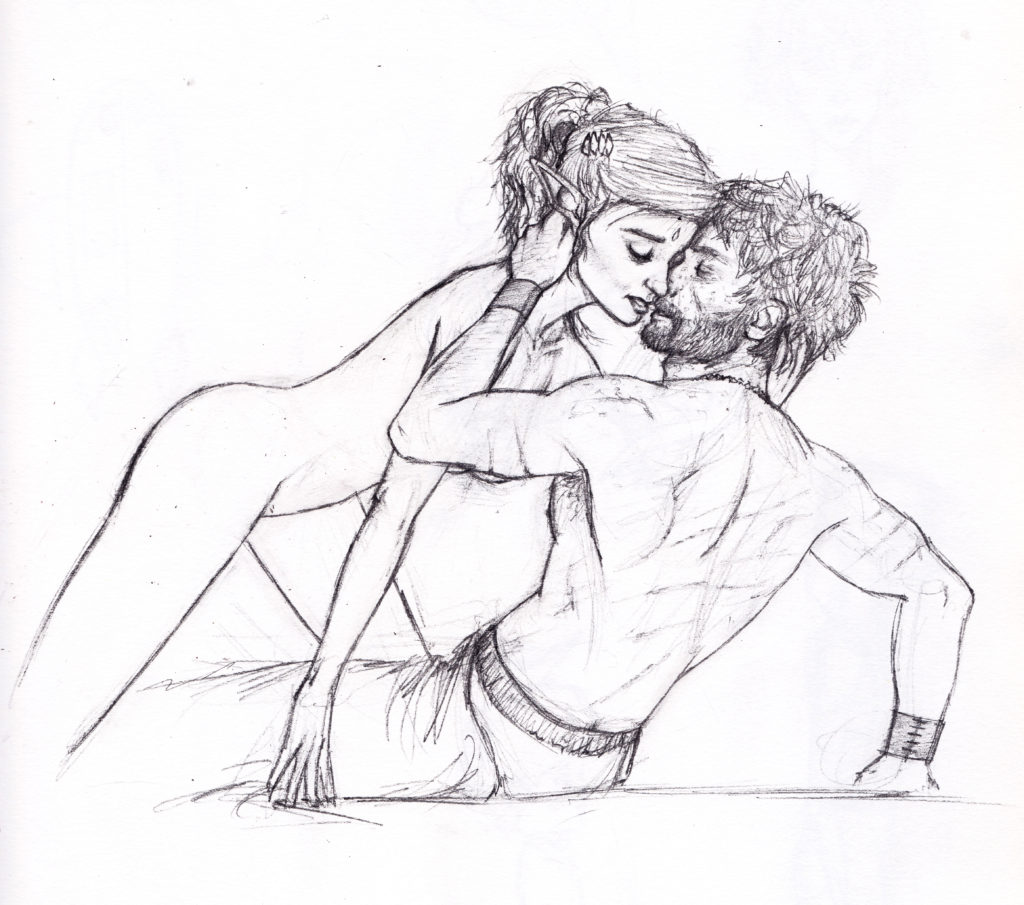 Since the two spent so much time together, a deep attraction was formed. Roger and Adasser had an affair. 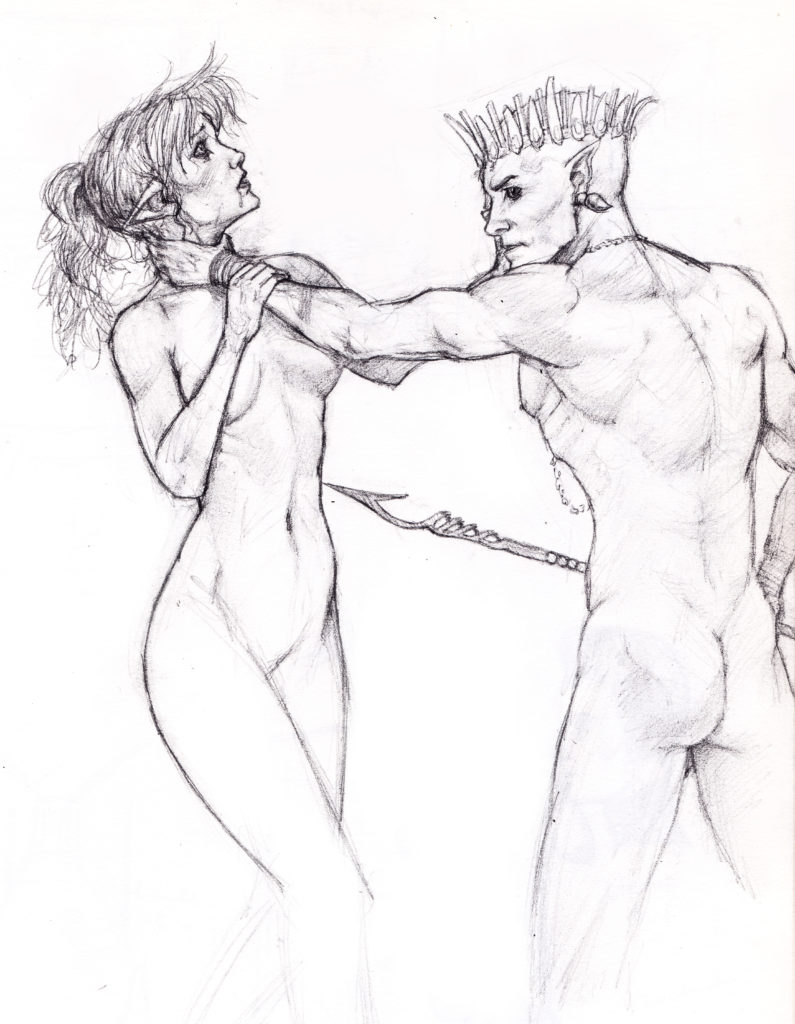 The King found out about Adasser’s infidelity and was sent into a rage that he had never experienced, prompting him to almost kill her. Before he could, he had a better idea. 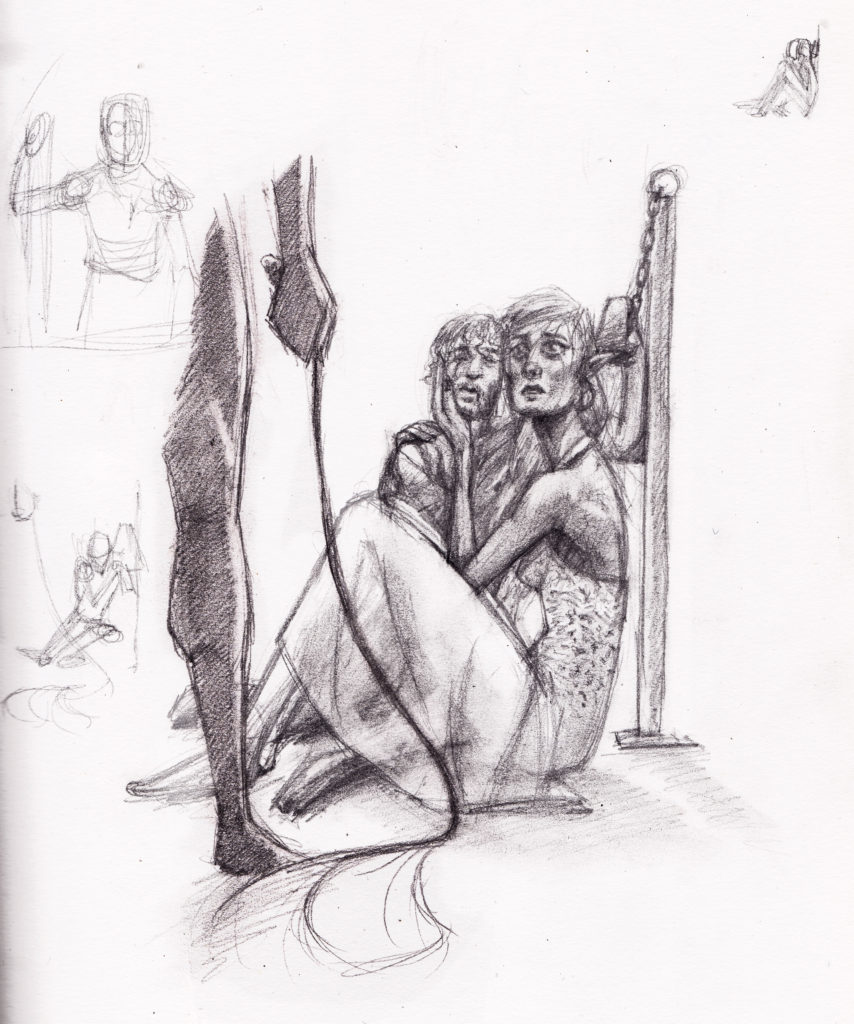 Roger was tortured for sleeping with the Queen and his fertility ship was destroyed, putting an end to humanity. The Queen and Roger were banished from the kingdom and sent far away. Roger built a small hut for the two of them, and their newborn daughter: Cyllessil. 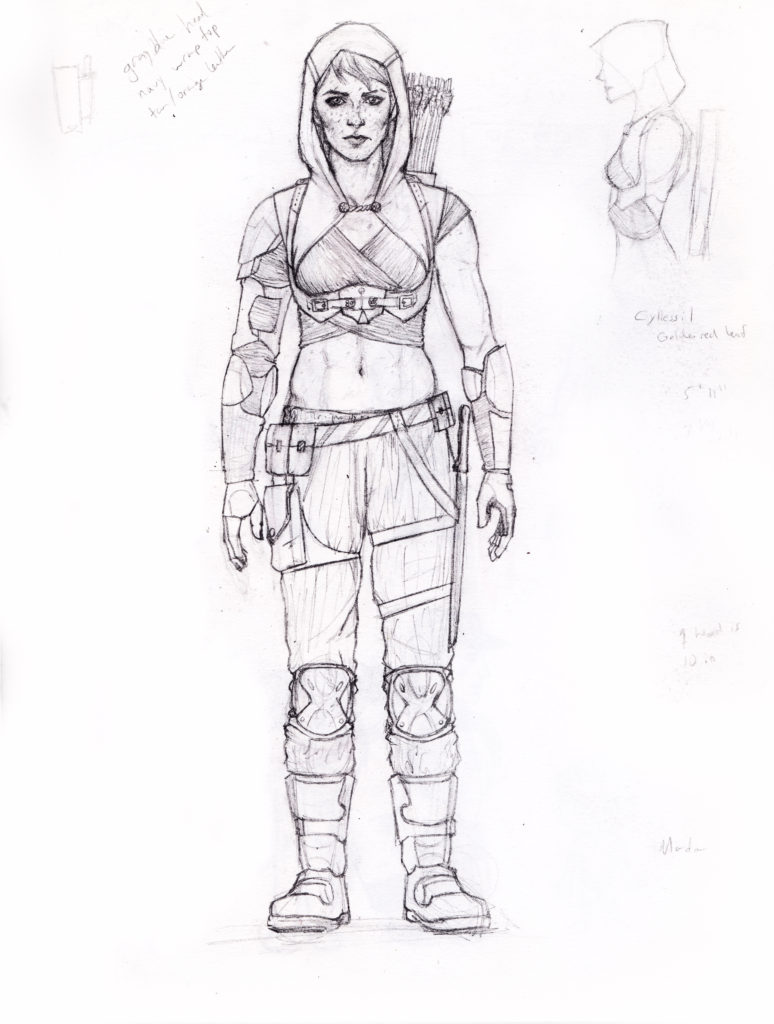 Cyllessil as a grownup. While she has human proportions and red hair with freckles, Cyllessil is agile, and muscular like the elves. She has knowledge of both magic and science because of her parents.