On February 27th, Universal Pictures flew me out to LA to appear in All Def’s video Show “Us” Art where I would have the opportunity to talk about my art. There were four other artists who were invited to be in the video. None of us realized that we were going to meet Jordan Peele, Lupita Nyong’o, and Winston Duke.

My poster also appears in this Daily Show with Trevor Noah video where he interviews Lupita Nyong’o at SXSW.

After the trailer was released for Jordan Peele’s new thriller, Us, I was inspired to make a fan art poster. I remembered seeing Jordan share fan art for his other film, Get Out, and hoped that he might do something similar this time around. After making the poster and posting it on Instagram, I was contacted by Universal Studios marketing team and asked if I would be interested in joining the Official Fan Art Marketing Campaign for the film. Of course I said yes! My poster along with other fan art is available on the official Us Movie Website.

My poster was sent out to several members of the press and tastemakers, one of which is Jerry Barrow, Founder of Nodfactor and Entertainment Editor at BET Digital. 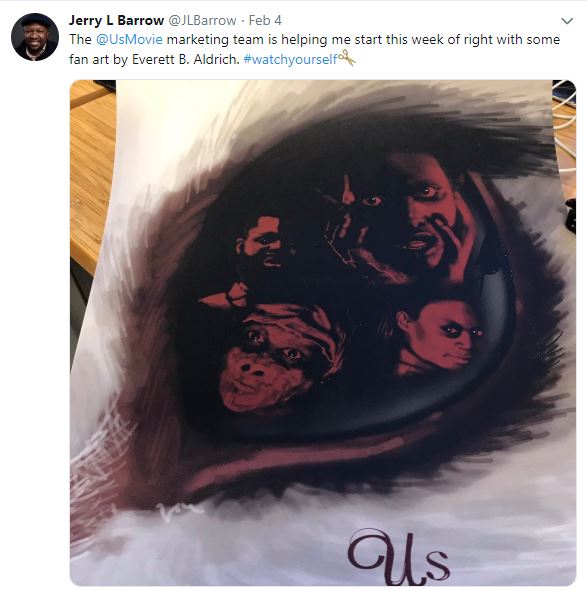 My art will also be included in a special gallery at SXSW this year! There will also be prints available for party and event attendees. South by Southwest Conference & Festivals celebrate the convergence of the interactive, film, and music industries from March 8-17, 2019 in Austin, TX.

I also made a mock up promotional poster for the SXSW Fan Art Gallery: 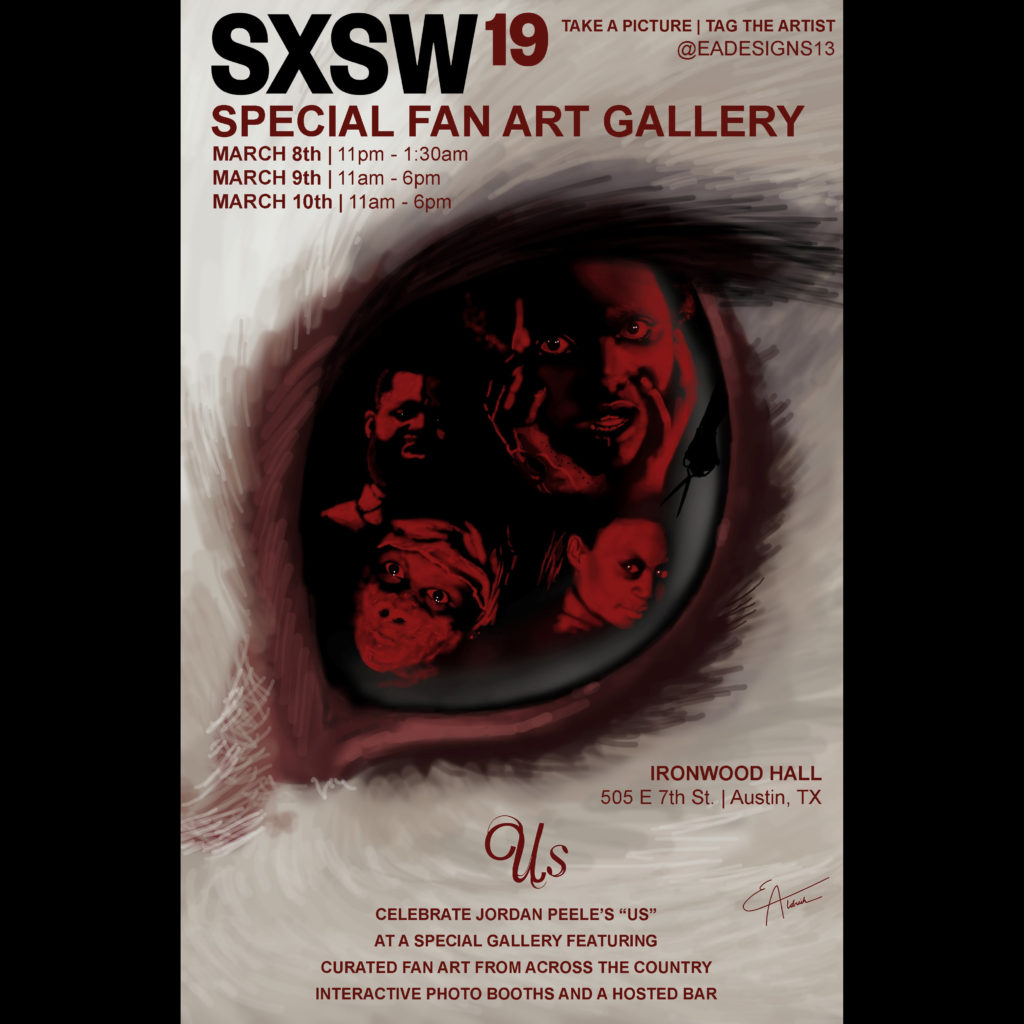 A series of posts that have my art, including Indiewire, Universal Pictures, and Lupita Nyong’o’s Instagram at SXSW: 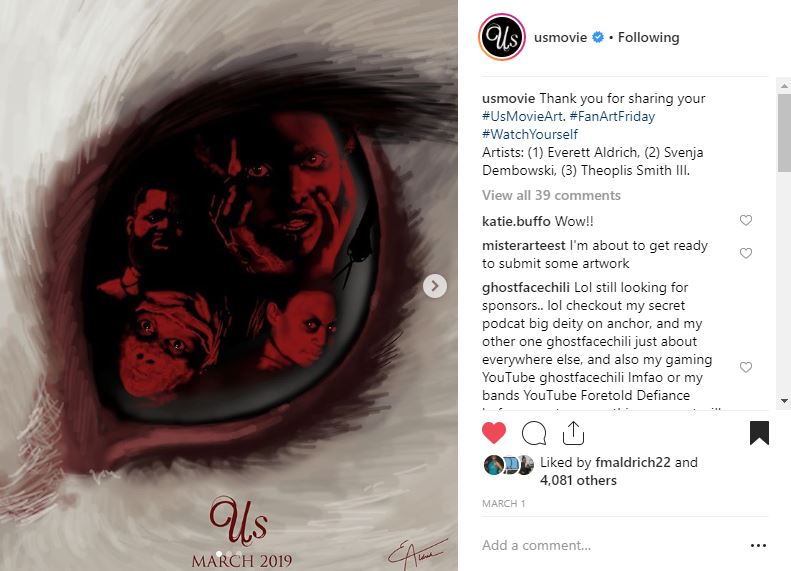 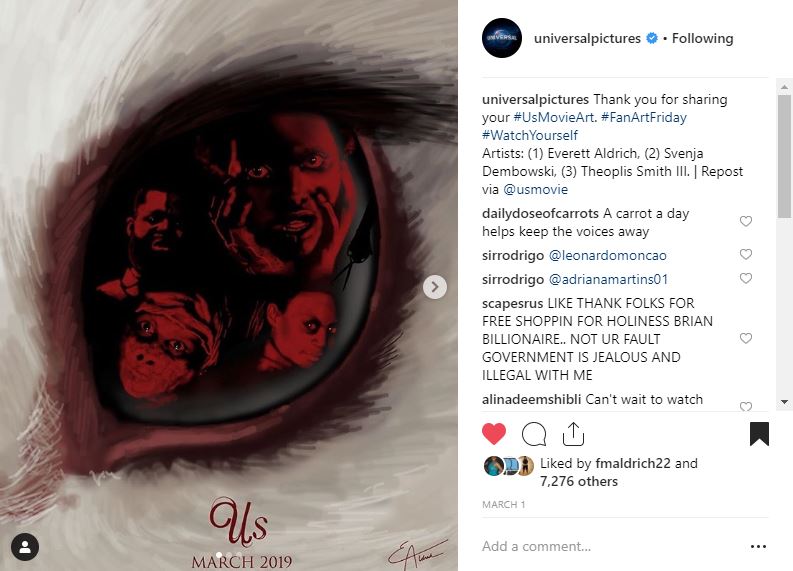 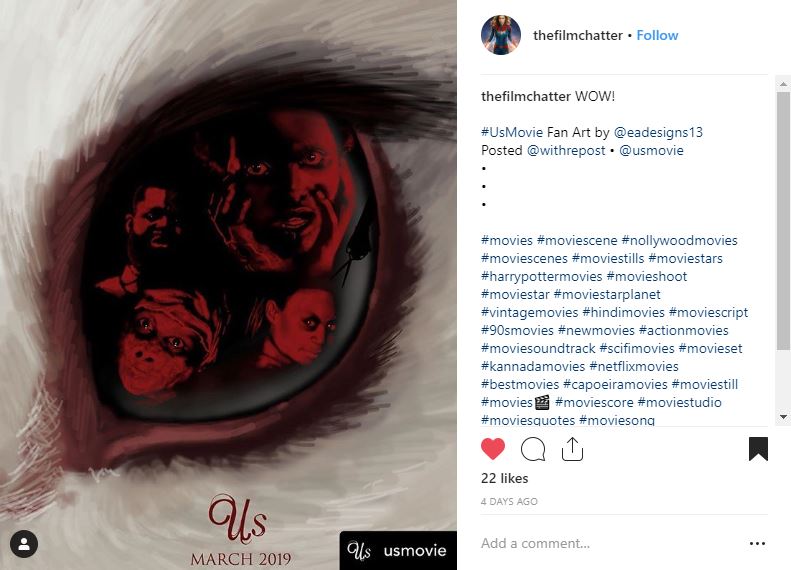 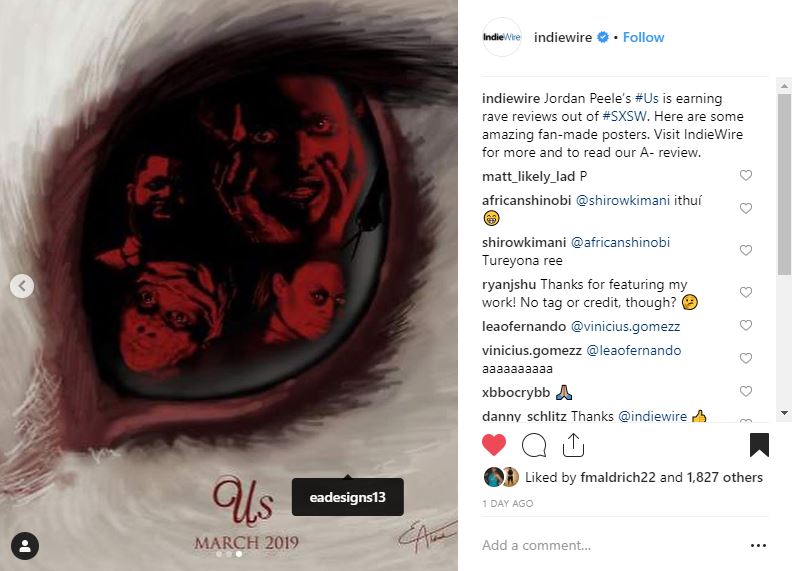 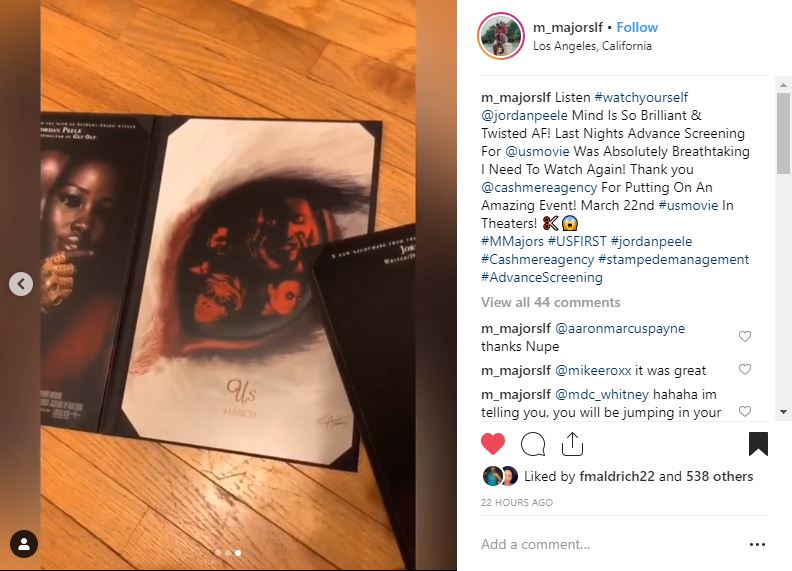 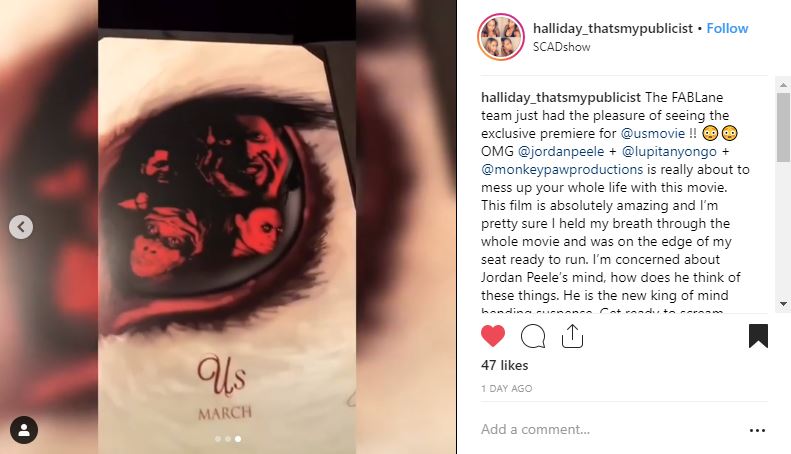 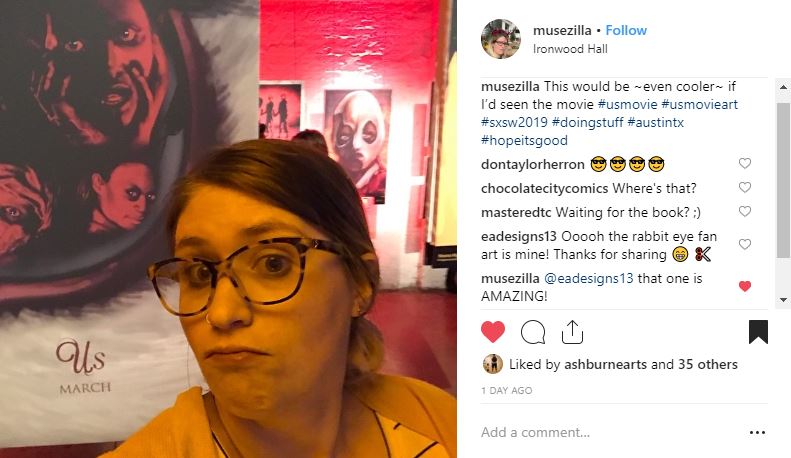 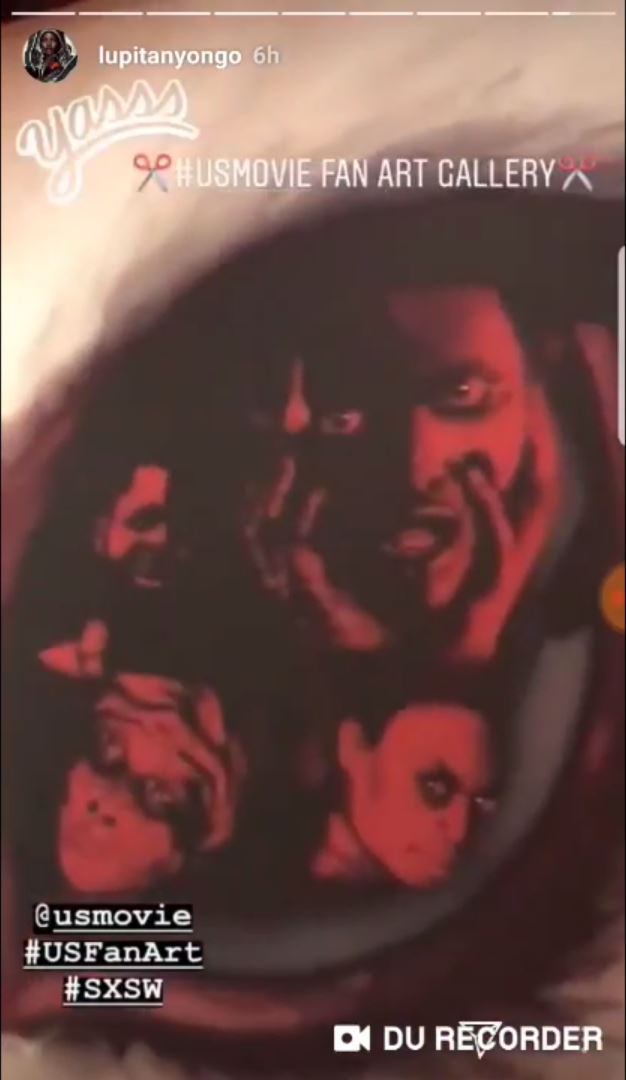 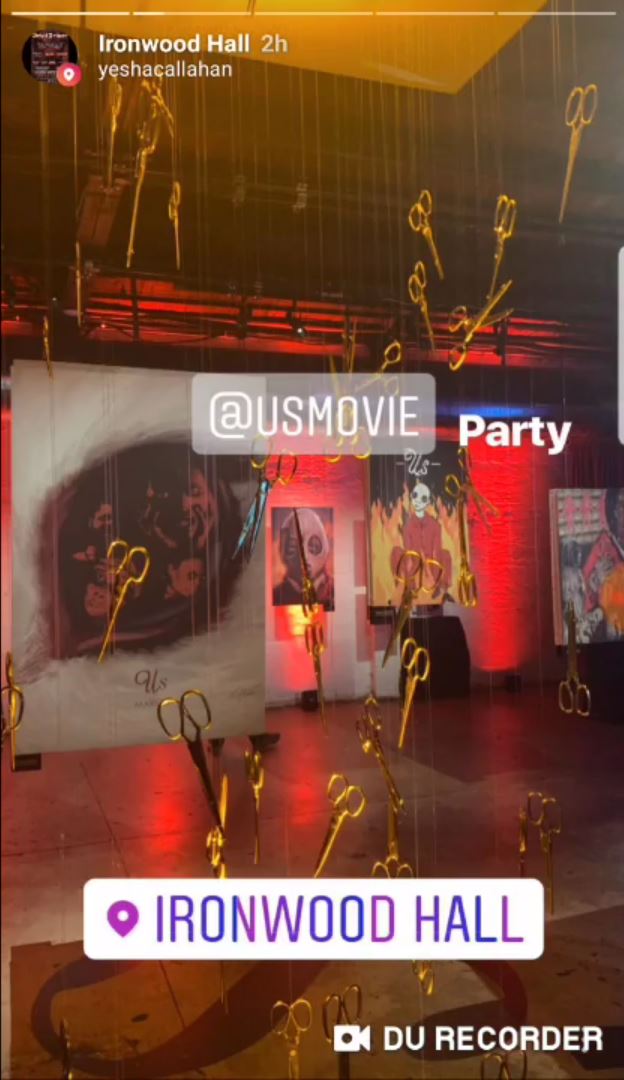